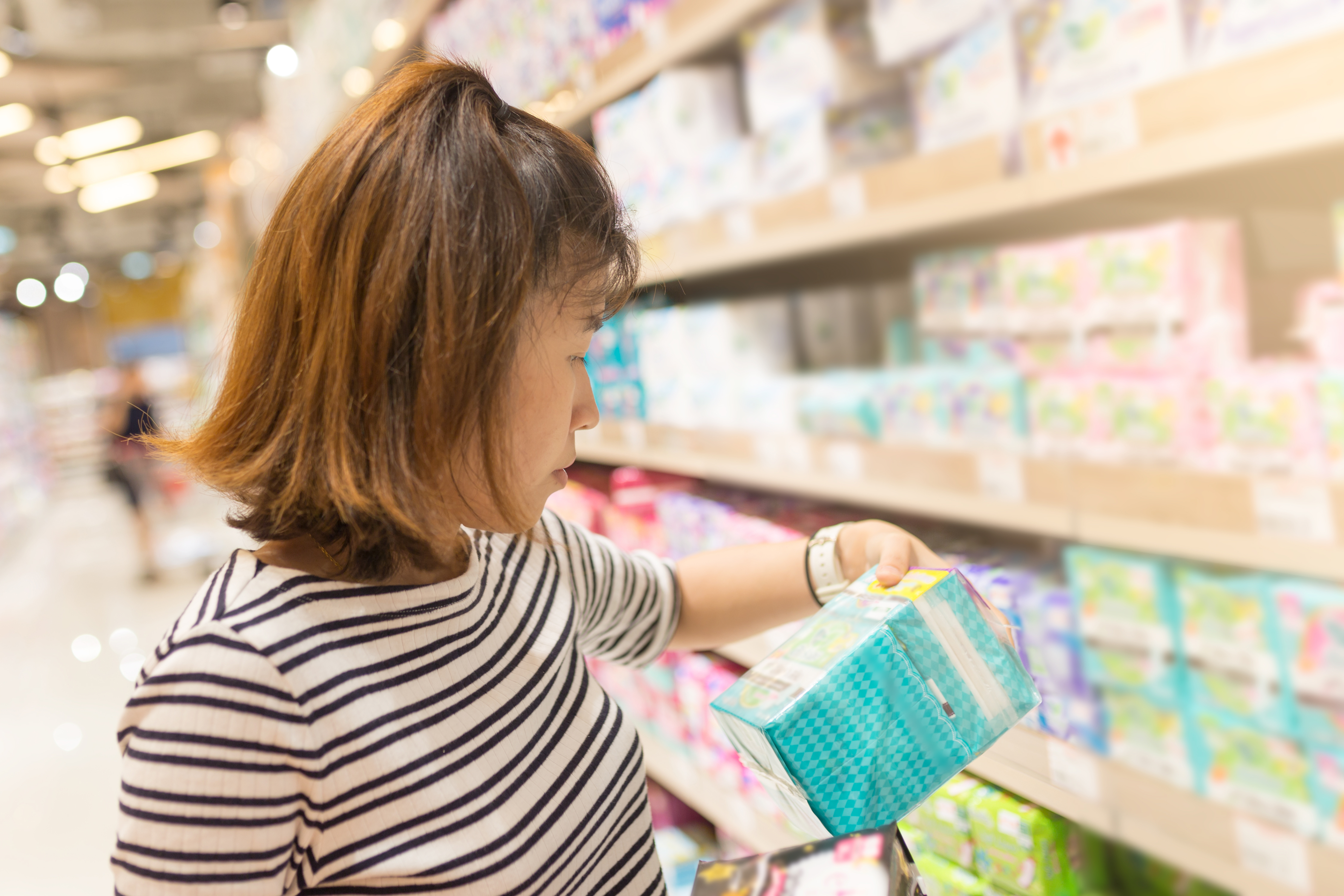 FEMININE HYGIENE PRODUCTS: Why you do not need to be silent

It is assumed that personal care products are designed not only to simplify the life of a modern woman, but also to protect them against external pollution, hinder the development of bacteria, and generally stand guard over women’s health. However, in practice this is far from the case.

According to the recent study on the safety of women’s pads in Russia, only 20% of 31 samples tested met basic safety requirements. In the remaining 80% of the samples, enterobacteria, Staphylococcus aureus and mold fungi were detected.  Laboratory data indicates obvious problems within the production process as well as potential health threat of such hygiene products to the health of people who menstruate.

But even those conventional pads which have not been immediately identified as a health threat for consumers, are far from being safe for women’s health. They may contain up to 90% of plastic and plasticising chemicals that can cause an allergic reaction and skin irritation, which contribute to the penetration of the infection into the body, since during menstruation the reproductive organs are most vulnerable to diseases. Due to the presence of a protective plastic layer, heat and air exchange ceases, potentially contributing to a “greenhouse effect” and increasing of pathogenic bacteria growth

In addition, conventional pads are most often bleached using chlorine dioxide which produces dioxins, well-known toxic chemicals banned by a UN treaty. They are associated with different adverse health effects in humans, increase the risk of immune disorders, infertility and inflammation of the pelvic organs, which makes the permanent use of daily pads especially harmful.

Besides being toxic to humans, conventional feminine hygiene products damage the environment when they become waste. An average woman uses over 11,000 disposable, single-use menstrual products in her reproductive life. They cannot be recycled and end up in landfills or incinerated or on illegal garbage sites where they continue releasing harmful contaminants into the air, soil or water.

Plastic feminine hygiene products do not decompose and may stay in the environment for more than 100 years. However eventually, with the presence of light, they break down into small pieces of plastic or microplastics, which are detected in deep ocean causing additional negative impact on the wildlife.

So how can the problem be addressed?

The solution to this problem can be using organic pads that are made from certified organic cotton or cellulose, do not contain plastics, synthetic materials, chemical additives, such as binders or surfactants, fragrances, or dyes. They are not bleached with chlorine, and the protective layer consists of a fully biodegradable film based on corn starch. Also, organic pads allow air exchange because of its naturalness and the absence of polyacrylate gel (SAP). Absorbent core pads are made from Forest Stewardship Council (FSC) pulp and certified organic cotton top layer. These products currently include Natracare, Organic, Masmi, Vuokkoset and Naty.

In addition, organic hygiene products are almost completely biodegradable, in the process of their production and disposal no harsh chemicals are released into the environment, and packaging is made from safe recycled materials.

In Russia, knowledge about organic feminine hygiene products is low. One can find some information mainly via Internet with only minor on-line discussions going among small groups of concerned consumers. Most women still prefer conventional products, while staying unaware of their potential negative health effects.

According to the marketing research of DSM Group in 2018, consumers prefer products from such brands as Always (30.9%), Naturella (22.8%) and Bella (13.1%), which occupy half of the hygiene market in the country. When choosing feminine hygiene products, most consumers in Russia are guided by product price and convenience, preferring conventional pads and tampons made of plastic, since they retain shape better and do not wrinkle.

However, some information can now be found on private websites, blogs and on product review sites. The media does not typically cover the topic, which significantly slows down the process of public awareness on such an important issue.

You have a problem? Talk about solutions!

Lack of public awareness about the availability of organic feminine hygiene products is a typical problem throughout the world. In fact, this is a result of the taboo surrounding discussions on feminine hygiene and menstruation as well as women’s health in general.

For a very long time this topic was considered indecent for wide discussion in society, and it was not customary to talk about it even among women themselves. We are still reaping echoes of the past prejudices and norms, which is why the dissemination of information important for health is confronted with difficulties. Many modern women are still embarrassed and ashamed even in the doctor’s office.

Since this kind of thinking patterns are passed on from generation to generation, mothers need to learn how to talk openly with their daughters on such natural and important topics as women’s health and become their guide to the world of adulthood. It is important to understand that the issue of women’s health is as normal and natural as many other physiological processes. Often, teenagers face gynecological problems only because of the lack of awareness of the proper use of hygiene products and their possible side effects. Thus, a frequent cause of pathological signs is the long-term daily use of pads and tampons.[1]