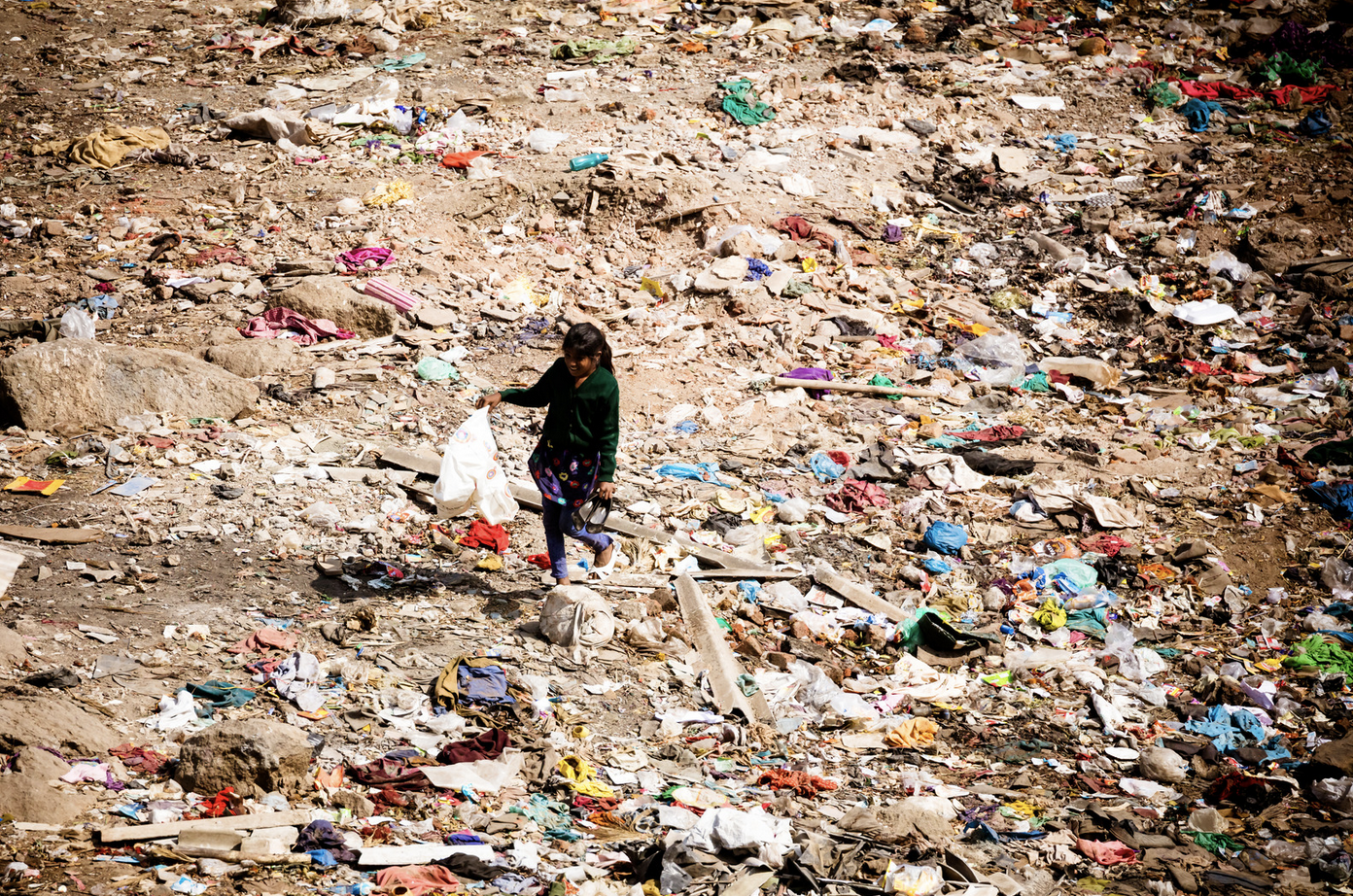 The growing levels of plastic litter impacts the life of local communities by putting the biodiversity, ecosystems, fisheries, tourism and people’s health at risk, with women and children affected the most.

When tons of plastic waste land up in developing countries, they become a source of income but also a direct health threat to the poor communities involved in waste collection, separation, packaging, transportation, processing of waste for reuse and recycling. According to the research from Brazil, approximately 1.5% of the economically active population in Asia and Latin America secures its livelihood from these activities with minimum or no protection for the service they do.

Women waste pickers are especially vulnerable due to gender disparity. They work without access to basic social rights, such as healthcare or childcare. They are underpaid, have poor or no access to state protection and retirement.

Women waste pickers do not often have secondary school education and are largely excluded from the work market. Thus, the activity of collecting recyclable materials is an alternative for those women who are unemployed but have to sustain their families’ livelihood.

Many women pickers are concerned about a possibility of getting sick while working with the waste because scavenging is a serious health hazard. According to the global research published in 2018, scavengers may suffer from respiratory disorders due to exposure to landfill fires and dust. Burning of PVC coated wires to extract copper result in exposure to dioxin, which are persistent organic pollutants and are known to have negative effect on people’s health including cancer and birth defects.

Besides dioxins, waste peckers are exposed to a variety of other toxic substances, including endocrine disrupting chemicals contained in plastic waste like phthalates and brominated flame retardants, as well as carbon monoxide, hydrogen sulphide, nitrogen oxide from waste burning. This may lead to life threatening illnesses, including asthma, chronic liver and kidney diseases, brain injuries, cardiovascular and cancer related diseases. Skin rashes, respiratory diseases, diarrhea are common among children who live at the dump sites.

The UN takes the decision to control plastic waste

Despite numerous economic, social and health challenges, waste pickers play an important role in waste management around the world which has to be better recognized and supported. A step forward was made at the recent meeting to the UN Basel Convention on control of transboundary transfer of hazardous waste and their disposal.  At the 14th Conference of the Parties to the Convention governments agree decisions to protect people and the environment from hazardous waste, including plastic waste.

The decisions were based on the proposal from Norway, which suggests measures for different types of plastic waste, namely: clean, sorted plastic waste; hazardous plastic waste; and non-hazardous, unsorted, mixed and other plastic waste. Actions adopted by parties are aimed to restrict export of contaminated or mixed plastic by requiring governments to obtain prior informed consent to provide information to countries importing plastic waste before export occurs.

Countries agreed on the need to extend the scope of the measures to plastic waste on land and in waterways; to remove or reduce the use of hazardous chemicals in the production of plastics at any subsequent stage of their life cycle to facilitate plastic waste management, including during the recycling process; set up collection targets and obligations for plastics producers to cover the costs of waste management and clean-up; prevent and minimize the generation of plastic waste, including through increasing the durability, reusability and recyclability of plastic products; and reduce and prohibit production of single-use plastic goods.

Many countries also called for adequate technical and financial assistance to enable developing countries to manage plastic waste properly. Noting that in some developing countries, scavengers are the only workforce of waste collection, sorting and recycling, the decision made at the UN meeting could significantly contribute to addressing numerous problems faced by waste picking communities dealing daily with piles of mixed garbage.

The decision approved by governments will help better regulate plastic trade, make it more transparent and ensure its safe management for people’s health and the environment. It will help protect waste pickers from hazardous chemicals in waste by requesting exporting countries to mandatory label toxic chemicals in products, remove and reduce their use in the production process.

If countries agree to import unsorted mixed plastic waste, they would have to ensure its safe management. This includes the development of a social protection system for women waste pickers and their inclusion in decision making on sound waste management.

Why plastic is a problem?

The increase in demand for plastic material in different sectors inevitably results in the increase of plastic waste. It is estimated that about 40% of plastic products become waste in less than a month[1].

Plastics contaminate beaches, deep waters and the bottom of the ocean. Plastic waste enters the water bodies from the land sources as well it gets carried through rivers and streams that flow into the seas, lakes and oceans.

Single-use plastic, including dippers and feminine hygienic products, such as pads, wipes, tampons, applicators made from up to 90% crude oil-sourced plastic are among the most common garbage found on the beach. If a plastic bottle or a plastic container can be recycled, hygienic products are considered to be a single-use, non-value plastic products which are subject to quick disposal. They end up in incinerators, in landfills, on illegal dumping grounds, in water sources, seas and oceans. They can not be composted or reused into new products. Waste pickers avoid picking this type of garbage as it is disgusting and of no use for them.

Countries have to deal with millions of tons of unsorted mixed plastic waste every year with developing countries standing at the front line of the global problem. In 2018 the United States alone exported 157,000 large shipping containers of mixed plastic wastes to developing countries. It took Canada 6 years to finally agree to ship back 69 out of 103 container vans of mixed garbage that were illegally exported from Canada and dumped in the Philippines in 2013/14 and left to rot.

At the UN meeting in Geneva governments noted that plastic can contain hazardous substances which cause serious and often irreversible health consequences. Such substances include toxic additives which help to achieve plastic stability against heat and light. They help to protect the color, ensure the durability, stiffness, clarity, or other properties that are required of a plastic material.

Plastic additives, such as phthalates, are well known to affect testosterone function as well as the way body metabolizes fats. Polystyrene contain styrene, a possible human carcinogen, that leaks from containers into food products. Miscellaneous plastic contains bisphenol A, a chemical able to mimic the hormone estrogen and is linked to cancer, obesity and attention deficit hyperactivity disorder. Plastic in electronics usually contains brominated flame retardants with many of them already banned as persistent organic pollutants under the Stockholm Convention.

Some types of plastic can be recycled, however many studies now show that hazardous substances in plastics, like, for example, flame retardants in electronics, are carried into new products when recycled  which undermines recycling and poisons circular economy.

Plastic waste is commonly damped in landfills, burned in incinerators and for energy production that contribute to the air pollution, to the toxicity of the environment and human health on a global scale. In Indonesia, for example , half of all plastic waste is mixed in with the rest of the garbage, while the other half gets burned or dumped in rivers.