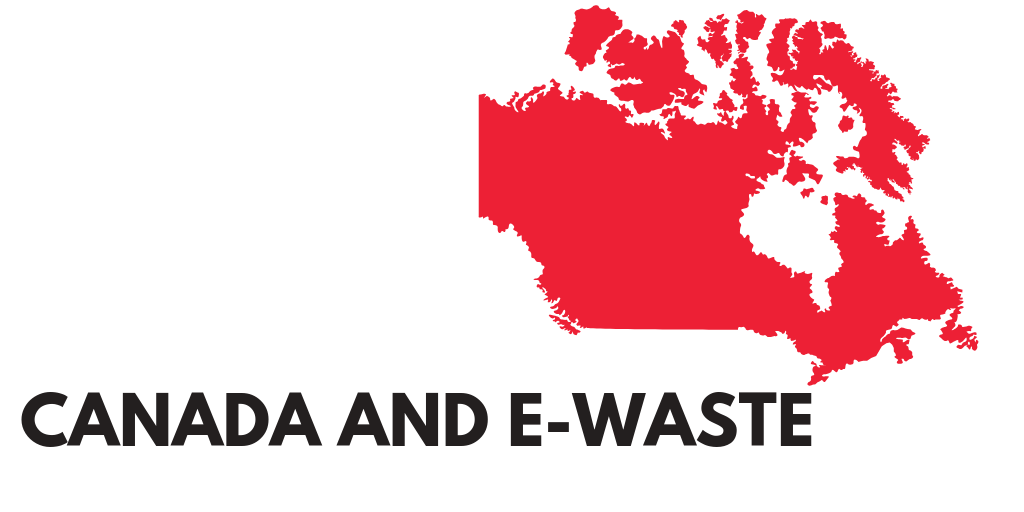 Sound e-waste management in Canada: is there a room for improvement?

NGOs urge the Canadian government to improve on sound e-waste management by ratifing the Basel amendment and support the Norwegian proposal on plastic waste.

In October 2018 a report was released by BAN (Basel Action Network), a US based non-governmental organisation working to prevent pollution dumping on the world’s poorest residents. The report entitled “Export of e-Waste from Canada. A Story as Told by GPS trackers” provides information that some waste such as broken electronic devices are leaving Canada to end up in various locations around the world including developing nations which lack the capacity of sound waste management putting people’s health and the environment at risk. The devices chosen were Cathode-Ray-Tube (CRT) type monitors, Liquid Crystal Display (LCD) type monitors (containing mercury lamps) and printers (containing lead-laden circuit boards). According to the report, such types of e-waste are listed as hazardous waste under the Basel Convention on the Control of Transboundary Movements of Hazardous Wastes and their Disposal.

2. Canada continues to allow exports of hazardous e-waste to flow to developing countries (in this case, China and Pakistan).

3. The export rate of recyclers (14%) is far less than the export rate from recyclers identified 2 years earlier in the United States (34%) but is still of significant concern, especially in light of the fact that Canada has a legal obligation under the Basel Convention and the US does not.

4. Canada generates 724 kt of e-waste per year. Thus, the findings, of the six units tracked leaving Canada, if extrapolated, could represent as much as 101,360 tonnes of e-waste exported per annum (67,576 tonnes likely shipped to developing countries)

5. Local contamination and harmful exposure in the receiving communities in Hong Kong and Pakistan is likely and would include pollution and exposure from heavy metals, mercury, dioxins, furans, and polycyclic aromatic hydrocarbons.

The report also highlights the importance of effective enforcement mechanism in Canada to address compliance with the Basel Convention. The report recommends that Canada consider apply requirements complying with the Basel Convention in the standards developed by umbrella organizations guide the operations of electronic recycling companies in Canadian provinces and territories. If achieved, this recommendation will help provinces and territories better regulate electronic products and their waste and provide input into Canada’s compliance to the Basel Convention.

To clarify the issues raised in BAN’s report, and to better understand how Canada meets its obligations under the Basel Convention and related national legislation, a group of Canadian and International NGOs met with Environment and Climate Change Canada on November 26, 2018 in Ottawa. These groups have worked extensively to promote effective waste management strategies in Canada and globally that support increase diversion of materials to recycling away from disposal to landfills. They seek efforts by the regulators to strengthen the sound waste management framework so that stakeholders witness innovations, application of best available technologies and best environmental practice and improvement of extended producer responsibility. NGOs see great potential and capacity within Canada in being the world’s leader in product management in its end-of-life, including the collection, handling, treatment and final disposal of products.

However the findings of the BAN report and the upcoming COP meetings triggered the need to obtain explanations from the Canadian regulators of the reason why electronic waste is being exported to various countries, including the developing ones, where health and safety legislations may not be in place to address the hazardous substances (flame retardants, heavy metals, POPs) that are found in the electronic devices. Furthermore, for developing countries where e-waste are received, the ultimate disposal of the remaining parts including plastic waste and heavy metals may also be a problem to the surrounding local environment. The improper processing of this type of waste happening in the informal sector, results in toxic emissions into the air and releases into the soil and water bodies thus causing pollution of the global environment. In Canada, recycling of e-waste has focused on increase diversion of material rather than assessing the type and quantity of toxic substances associated with the recycling process.

The devices, included into BAN’s report, are qualified as hazardous waste under the Basel Convention. However further clarification is needed whether these devises are also qualified as hazardous waste under the Canadian Export and Import of Hazardous Waste and Hazardous Recyclable Material Regulations as well as how Canada assesses these products and individual parts according to the Basel Convention Categories. Analysis of the regulations didn’t provide clarity on whether there is a list of hazardous substances under the regulations that is applied to compare the parts in the electronic devices.

The ECCC experts noted that the Canadian Export and Import of Hazardous Waste and Hazardous Recyclable Material Regulations are under the review. The revised version will be circulated among relevant stakeholders, including NGOs for comments and suggestions. The new text will include, inter alia answers to what is needed to address ambiguous language with aim to strengthen waste management system in the country.

NGOs also highlighted the importance of the Basel Ban Amendment, which prohibits the export of hazardous wastes, including all household waste which are destined for final disposal from OECD countries to the rest of the world. Ninety five countries have become parties to BAN amendment, however two more ratifications are needed for the amendment to enter into force. Unfortunately, Canada remains part of a small group of countries which has opposed the amendment for a long time. The decision to ratify the amendment by the next COP to the Basel Convention in 2019 could make Canada a champion among developed countries and demonstrate its good will to address the global waste crisis.

In addition to the Basel BAN amendment, NGOs noted a new initiative that was put forward by Norway at Basel COP14 in 2015 with the aim to add plastic waste to Annex II of the Basel Convention which includes the list of wastes that requires notification by exporting countries and consent by importing countries prior to export. If the proposal is approved, any plastic waste, including that from household waste will be considered under the Basel Convention and mixed waste will not be accepted for export without consent. In September 2018, at the Open-Ended Working Group of the Basel Convention 21 countries supported the Norwegian proposal, however, Canada together with the EU, Japan and Australia opposed it.

ECCC agreed with the importance of both, the BAN amendment and the proposal from Norway. They, however, noted that ban on waste export is a missed opportunity for developing countries as some of their economic sectors might be negatively impacted. They, nevertheless agreed that it is important to comply to the Basel Convention which Canada is a Party. ECCC is looking for information to assess the economic impacts associated with import of e-waste.

About 2500 permits are issued every year for waste export from Canada. Currently no mechanism is in place to validate the final destination of waste export. It was noted that there is a need to enhance the provinces-territories awareness and capacity building to better understand which e-waste is covered by the federal regulations and whether prior informed consent from importing country is needed. Generally, more work should be done to understand what the process of prior consent entails in Canada and what mechanisms are in place to validate companies that must follow this regime to ensure that safety to workers and the environment are upheld.

ECCC also noted the Canadian Council of Ministers of the Environment (CCME) framework involving the federal-provincial-territories is the mechanism for developing a national strategy on plastics. Consultations are expected to take place. The idea of the national plan is to move towards waste reduction goal and zero plastic waste. An action plan will be developed jointly with stakeholders with targeted actions and priority measures included, such as harmonization of standards, ability of plastic recycling, management of plastic throughout the lifecycle. At this time, the role of NGOs in these discussions have not been defined within this framework.

Canada has not developed a position on the Norway proposal yet. NGOs urged consideration to the proposal to advance the work to address plastics and support mechanisms that will encourage prevention through innovation in the production, use and management of plastics throughout the lifecycle process. Support to the Norway proposal has potential to enhance and support the commitment by Canada under the G7 Ocean Plastics Charter and advance the goal to Zero plastics.