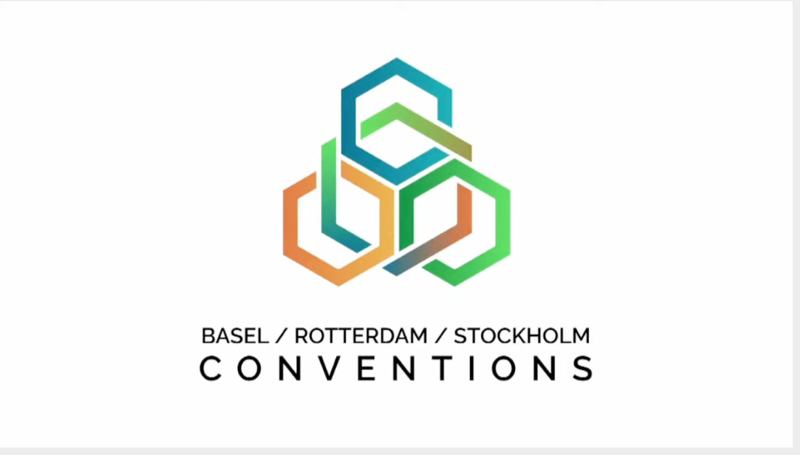 Important Decisions of the 2022 Conference of the Parties to the Basel, Rotterdam, and Stockholm Conventions

HEJSupport participated in the 2022 Conference of the Parties to the Basel, Rotterdam, and Stockholm (BRS) Conventions that took place in Geneva, June 6-17, 2022. Decisions made by the Parties to the Conventions will influence sound chemicals and waste management worldwide. Here we share information on some key outcomes of this two-week meeting.

On June 7, HEJSupport, the Swedish Society for Nature Conservation (SSNC) and groundWorkSouth Africa (groundWorkSA), in partnership with the organization for Economic Development (OECD), the European Chemical Agency (ECHA) and the Ministry of Environment, Waters and Forests of Romania, conducted a side event on a Global minimum transparency standard (GMTS) for hazardous chemicals in products. The recording of the side-event and presentation can be downloaded from the HEJSupport website.

The Conference of the Parties (COP15) to the three chemical conventions concluded in Geneva on 17 June 2022. Many delegates welcomed the decision of the Basel Convention to extend the prior informed consent procedure to all e-waste (hazardous and non-hazardous). This vast and rapidly growing waste stream is now fully under the control of the Convention. Developing countries will have more information about the supply of such waste to their markets. And, importantly, they will have to give their consent to import these shipments and certify their ability to handle e-waste in an environmentally sound manner. The decision adopted may enhance the ability of developing countries to manage waste that can threaten human health and the environment. Some delegates hope that the decision will also allow for a more effective fight against illegal trafficking in e-waste.

Despite the undeniable importance of the decision taken by the parties to the Basel Convention, some countries and nongovernmental organizations are concerned that e-waste from developed countries may enter developing countries under the guise of goods that can be repaired. In that case, such e-waste would not be subject to the jurisdiction of the Basel Convention and exports would not require prior informed consent from the importing country. The so-called “repair loophole” is contained in the Basel Interim Guidelines on the Transboundary Movement of Electronic Waste. This guidance currently allows exporters to completely bypass the rules of the Convention if they claim that the exported waste is repairable. At the COP15 meeting, 22 developing countries demanded more work on this section of the guidelines regarding when e-waste is a waste and when it is not. Many Parties want the definition to be based on functionality. This will now be the focus of further negotiations starting next year.

On June 12, during the plenary session of the Conference of Parties to the Basel Convention, groundWorkSA, HEJSupport, and SSNC made an intervention highlighting the importance of chemical transparency to increase the effectiveness of the Basel Convention implementation.

Other essential developments at the COPs include the listing of perfluorohexane sulfonic acid (PFHxS), its salts, and related compounds under the Stockholm Convention without exceptions. This substance is widely used against stains in fabrics, fire-fighting foams, and food packaging. A decision by Stockholm Convention Parties would stop the production and use of PFHxS because of its significant adverse health and environmental effects, as well as its ability to be transported long distances into the environment. Parties agreed on the need for global action on PFHxS, which meets all the characteristics of persistent organic pollutants.

Parties to the Rotterdam Convention also agreed to list the two chemicals in Annex III of the Convention, which means that prior informed consent from importing countries will be required for trade in these chemicals. Thus, Parties to the Convention have agreed to include Decabromodiphenyl ether (decaBDE) and Perfluorooctanoic acid (PFOA), its salts, and related compounds. These substances are also listed by the Stockholm Convention as persistent organic pollutants.

For five other chemicals, however, a small number of countries argued that their listing in Annex III of the Rotterdam Convention constituted a “de facto ban” on trade in these substances. They blocked the listing of these chemicals, even though delegates to COP15 agreed that the criteria for listing these substances under the Convention were met. Thus, Parties did not agree to the listing of the following substances under the Rotterdam Convention:
Acetochlor
Carbosulfan
Chrysotile asbestos
Fenthion and Paraquat dichloride formulations.

Industry representatives contributed significantly to the decision not to include the substances listed above in the Rotterdam Convention Annex III. The pesticide manufacturer CropLife, for example, falsly claimed that there was no scientifically substantiated evidence of carbosulfan adverse health effects. By doing so, CropLife representative questioned the recommendations of the Rotterdam Convention’s Expert Committee, which had recommended carbosulfan for inclusion on the Convention’s list.

Further information is available on the BRS Conventions’ website at http://www.brsmeas.org/20212022COPs/Overview/tabid/8395/language/en-US/Default.aspx