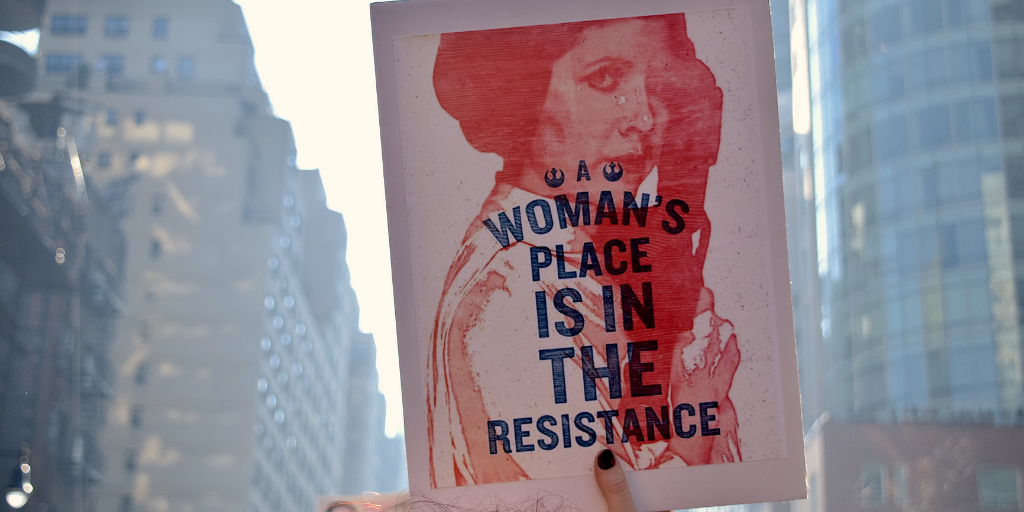 HEJSupport stands for all women and girls globally to achieve gender equality, environmental and health justice

This International Women’s Day HEJSupport calls on people around the world to show support and commitment to the implementation of Sustainable Development Goal 5 (SDG5) to achieve gender equality and empower all women and girls. We call upon governments, intergovernmental organisations, business and NGO communities to meet the Targets of SDG 5 and end all forms of discrimination against all women and girls everywhere; ensure women’s full and effective participation and equal opportunities for leadership at all levels of decision-making in political, economic and public life; undertake reforms to give women equal rights to economic resources, as well as access to ownership and control over land and other forms of property, financial services, inheritance and natural resources, in accordance with national law; adopt and strengthen sound policies and enforceable legislation for the promotion of gender equality and the empowerment of all women and girls at all levels.

Gender equality is a human right obligation included in many international agreements and national policies. This obligation is in line with human rights principles[1], which include equity, non-discrimination, participation, empowerment and accountability. Nevertheless, despite a general commitment to the principle of non-discrimination, there are obvious inequalities between males and females in terms of income generation and livelihood opportunities across all sectors of the society in many countries and regions.[2]

Though women represent the half of the world’s population, they still lack equal opportunities to advance socially, educationally, politically and economically. In many countries well paid and secure jobs are dominated by men, whereas women typically work at the lowest level in global production systems and are usually employed in the service sector, with unregulated forms of employment. In Nigeria, for example, 70% of poor population are women[3] with more than a half of rural women live below the nationally defined poverty line.

The feminization of poverty makes women more vulnerable to environmental threats including toxic chemical exposure at workplaces or even at home. The UNDP Chemicals and Gender Report states that exposure of poor people to toxic chemicals is often strongly linked to the places where they work and live, which can be major sources of environmental exposure to toxic chemicals, originating from, inter alia, landfill sites, waste dumps, pesticide spraying and more. For example, women working in agriculture can represent the majority of workers involved in pesticide spraying. According to Pesticides Action Network, in some countries, “women make up 85% or more of the pesticide applicators on commercial farms and plantations, often working whilst pregnant or breastfeeding.” Many of them suffer fromendocrine disorders, and acute pesticide poisoning symptoms.

Beauty salon workers are overwhelmingly women, and are often exposed to chemicals in the products they handle[4]. In developed countries it is often immigrant women who work long hours, sometimes as long as 12-hours a day and are exposed to toxic chemicals with minimum or no protective measures. Though they suffer a wide range of health effects, including asthma, miscarriages, and even cancer, this type of job is the only mean for survival.

Chemical pollution may have a disproportionate impact on the health of women because of their different susceptibility and likelihood of exposure to various toxic substances. In addition, chemicals in women’s bodies can be transferred across the placenta during fetal development and through breast milk to the nursing baby. Exposures during fetal development can cause lifelong diseases and disabilities and increase the risks of irreversible harm. Adverse effects can also be carried across multiple generations.

For example, when women of child bearing age are exposed to mercury, both, the woman herself, and her potential children are at risk. Mercury in a woman’s body can pass through placenta and transfer to her fetus during pregnancy, exposing the developing fetus to the brain damaging neurotoxin.  A recently conducted global analysis to assess the level of mercury in women of childbearing age[5] revealed a high level of mercury in 55% of the global sample of women, a level associated with the onset of fetal neurological damage.

Women cannot be empowered if they are being poisoned by toxic substances.  Gender equality cannot be achieved if exposures to hazardous chemicals leave women suffering from cancer, chronic illnesses and damage to their nervous system. Further, women’s health is critical to reducing child mortality and improving maternal health.

Eliminating gender disparity will empower women and help the success of meeting the Sustainable Development Goals (SDGs), but this cannot be accomplished if hazardous chemicals are allowed to weaken females across the globe. Sound chemicals and waste management and gender mainstreaming into relevant policies can help to avoid this.