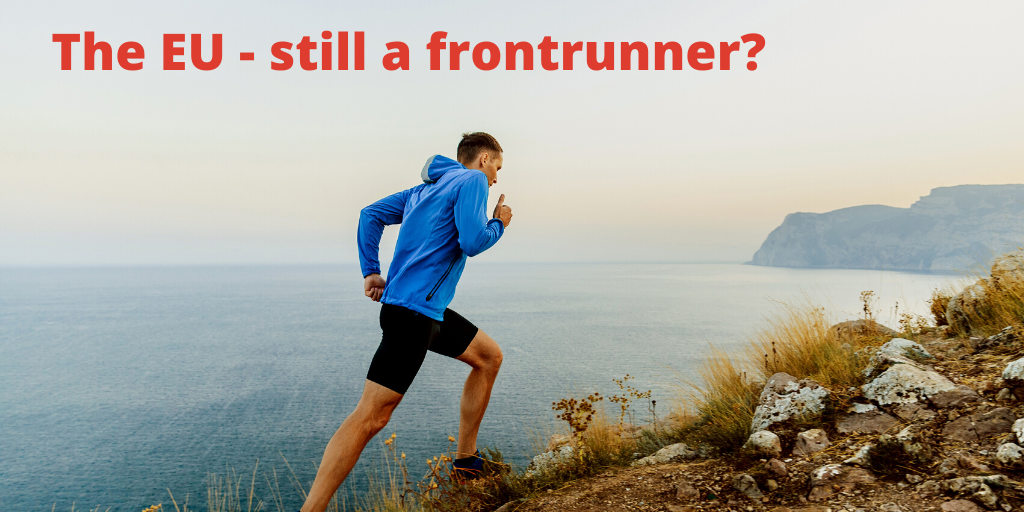 HEJSupport priorities for the EU Chemical Strategy for Sustainability

The EU Commission recently published a roadmap for the Chemical Strategy for Sustainability. Stakeholders and citizens were invited to submit comments to the roadmap and share their priorities for a EU Chemical Strategy.

HEJSupport expect this strategy to deliver strong activities on the EU`s work on global policy level and regarding the implications of its work for developing countries and countries with economies in transition. We are facing a global chemical crisis: the size of the chemical industry is projected to double by 2030, hazardous chemicals are still released in large quantities, already globally banned chemicals appear in new products as a result of unsafe recycling, hazardous wastes and chemicals are traded globally including via illegal channels, millions of lives and the ecosystem are severely damaged. According to the EU Commission (SWD (2019) 199) one third of chemicals produced in the EU are hazardous to the environment and two thirds are hazardous to human health. The Global Chemicals Outlook states that a more ambitious worldwide action is required. The EU and its Member States are powerful actors globally, and as region with major chemicals producers and users they have an obligation to become a global leader for a toxic-free environment.

We expect the EU to push

for a SAICM successor that includes a mechanism of work on new and already recognized issues of concern that should provide roadmaps, targets, milestones and indicators, and should have sustainable and sufficient funding for implementation. The mechanism to move the issues of concern to which no sufficient progress has been achieved to a level with increased obligations should include concrete risk elimination or risk reduction measures and ensure full public engagement. For more information about the New Mechanism of Action: elevation of obligations to progress SAICM Issues of Concerns (IoCs) in the post 2020 multilateral regime for chemicals and waste, please this NGO paper.

for a global overarching chemicals policy framework, that includes combined mandatory national action plans for all chemicals and waste conventions, SAICM and its successor, strong enforcement, transparent and fair stakeholder participation at the national, regional and international levels, mandatory reporting and evaluation.

for a reform of the Special Programme, to reduce the bureaucratic burden and make it eligible for NGOs to apply. In addition, the priority funding should be provided to projects with clear identification of public engagement.

for a global fund for exposure reduction to internalize cost of polluting industry and raise funds for remediation, capacity building, awareness raising and implementation of projects on chemicals and waste

We expect the EU to

withdraw existing exemptions in the POPs Regulation and commit to abstain from possible exemptions that may come up under the Stockholm Convention in the future.

ensure strong enforcement of the provisions of the Stockholm Convention on POPs, including those to which specific exemptions were previously required but later withdrawn (exp. PBDE recycling exemption)

ensure safe circular economy by requiring reporting details on packaging and other plastic products that contain toxic substances, including the group of polybrominated diphenyl ethers (PBDEs), short chain chlorinated paraffins (SCCPs), and HBCD that are used as flame retardants and softeners in plastics, to ensure safe processing and prevent recirculation through recycling.

apply the same limits and standards for POPs in recycled and virgin materials to keep the circular economy clean and safe.

prohibit the export of hazardous, electronic and plastic waste in third countries, especially developing and CEIT countries. Electronic products in the end of life should not be considered as non-waste or materials for recycling and should be prohibited from exporting to developing or CEIT countries to avoid poor artisanal recycling and associated environmental pollution, food chain contamination and damage to people’s health.

fully implement and enforce the Ban amendment to the Basel Convention

fully implement and enforce plastic amendments under the Basel Convention

prohibit export and production of pesticides that are banned in the EU, provide support to countries to apply safe and non-chemical alternatives to hazardous pesticides in agriculture

establish a system for obligatory disclosure of hazardous chemicals in products and articles throughout the life cycle to ensure safe circular economy, efficient recycling, and public right to know