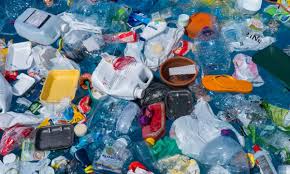 Free trade of non-hazardous waste between US and Canada negatively impacts the environment, health and human rights

HEJSupport, Canadian Environmental Law Association (CELA) and Women’s Healthy Environments Network (WHEN) prepared a submission to the UN Special Rapporteur on Toxics for his future report on the lifecycle of plastics and human rights. The submission is focused on the implications of the Arrangement between the government of the United States of America and the government of Canada concerning the environmentally sound management of non-hazardous waste and scrap subject to transboundary movement on human rights in Canada.

Canada is a party to the Convention while the US is not. Article 11 under the Basel Convention sets rules for signing agreements or arrangements between Parties and non-Parties which is relevant to the arrangement on waste trade signed between Canada and the US in 2020.

Article 11 allows to sign such arrangements under certain conditions:

By accepting non-hazardous plastic waste from the US, it is assumed that Canada is able to recycle it safely. However, according to the Report of the Special Rapporteur on the implications for human rights of the environmentally sound management and disposal of hazardous substances and waste on a visit to Canada in May-June 2019, “only 9-11% of Canadian plastic waste is recycled, amidst concerns that recycling of plastic is technically a myth”[1].

For example, according to GAIA, “chemical recycling is a climate polluter” and “is also an environmental health risk”[2]. GAIA further noticed that “pyrolysis and gasification — had wasted at least $2 billion of investments on canceled or failed projects”. Nevertheless, the Ontario government’s Discussion paper on reducing litter and waste in our communities, the  government suggests that “The increased use of chemical recycling could be used to improve the effectiveness of existing recycling processes and to enable economic growth by expanding the potential end uses for materials that currently are sent to landfill.”[3] The Ontario government is examining whether thermal applications like pyrolysis plants in Edmonton, Alberta and Chester, Nova Scotia  “should count as diversion”.[4]

The absence of adequate rational provided in the US-Canada Arrangement to include recycling (including chemical recycling), energy recovery and disposal have significant implications. This arrangement will facilitate further movement of plastic waste derived fuel going to cement kilns and steel mills in Canada and the US. Without the US-Canada arrangement this would have to fall under the Basel Convention’s rules because the uncontrolled plastic wastes under the Basel Convention rules cannot go to waste to energy and can only be recycled in an environmentally sound manner.

Nevertheless, the study conducted by a consortium composed of Deloitte and Cheminfo Services Inc in 2019 includes key end of life assumptions for 2030 which inter alia predict the increase of incineration of plastic waste with energy recovery from 4 to 22 percent. “This increase could be supported by additional facilities and by having existing industrial facilities (e.g., cement kilns) accept more plastics” [5] Moreover, the report encourages government and policy makers to remove policy barrier to treat hard-to-recycle plastic by supporting waste to energy and industrial use such as cement kilns.

By allowing PVC waste to be traded without PIC Canada undermines the requirements of the Basel convention and allows uncontrolled PVC waste entering the country.

PVC is very difficult to recycle. In addition, this plastic contains various additives including phthalates (EDCs), persistent organic pollutants (for example, brominated flame retardants and SCCPs), heavy metals like lead and cadmium which makes PVC especially dangerous when incinerated or disposed in landfills.

However, noting that “the Canadian plastics economy is mostly linear, with an estimated nine percent of plastic waste recycled, four percent incinerated with energy recovery, 86 percent landfilled, and one percent leaked into the environment in 2016”[6], PVC plastic will largely end up in landfills where toxic chemicals leach into the environment and contaminate air, soil and water of the neighbouring communities.

Unwanted migration of SCCPs, industrial chemicals primarily used in metalworking, but also as flame retardants and softeners in plastics, and other toxic chemicals from PVC plastic is described in the Overview of chemical additives present in plastics: Migration, release, fate and environmental impact during their use, disposal and recycling[7]. A survey of 2017 of children’s products in 10 countries, including Canada, found widespread contamination with SCCPs of a variety of plastic products for children, including slippers, jump ropes, balls, and plastic ducks[8].

The above-mentioned issues of plastic waste management are inextricably linked to environmental injustice in Canada. For example, the Aamjiwnaang First Nation reserve near Sarnia, Ont., is surrounded by several petrochemical, polymer and chemical industry plants as well as hazardous waste incinerator, landfills, and several cement kilns, which makes this area “Canada’s pollution hot spots”[9]. A study of 2006 revealed that “many residents had serious health implications related to air pollution”[10]. See also the Report of the Special Rapporteur on the implications for human rights of the environmentally sound management and disposal of hazardous substances and waste on a visit to Canada in May-June 2019, Paragraph 39, 57, 89 [11].

Nevertheless, a new $2-billion expansion of Nova Chemicals’ polyethylene-manufacturing capacity in St. Clair Township in the Sarnia area is expected to start up this year[12]. It will inter alia focus on plastic recovery. Another idea to build a waste-to-energy plant for the community is coming from Lambton County council which has recently “approved a request from Sarnia Council Margaret Bird to have county staff investigate the concept and prepare a report for councillors”[13]. One more waste to energy facility is planned to be built in Vavenby located in the Thompson Valley, about 110 km north of Kamloops, the territory of Simpcw First Nation [14]

Waste to energy is the same as waste incineration which is “one of the primary sources of dioxin emissions globally[15], the largest dioxin source in the European Union[16], a major source of mercury emissions[17], and an important source of other toxic emissions that result in serious public health problems[18]. In some cities, the waste incinerator is the single largest source of air emissions[19].”[20]

Finally, one of the reasons Canada is committed to ban certain types of single-use plastic (SUP)[21] is because it has no capacity to recycle them safely. SUPs to be banned are non-hazardous and do fall under the category of un-controlled waste. If so, they can be imported to Canada without prior informed consent. However, they cannot be recycled safely as required by the Basel Convention. Thus, if these SUPs are coming in as waste from the US to Canada it will undermine Canada’s efforts to reduce plastic pollution and comply with the Basel Convention. The amounts of such waste will either be landfilled or incinerated, putting an additional burden on the health of the local population.

[3] Reducing Litter and Waste in Our Communities Discussion Paper Delivering on the Made-in-Ontario Environment Plan (prod-environmental-registry.s3.amazonaws.com)

[4] Chemical recycling and what it means for Ontario Blue Box programs – CIF (thecif.ca)

[7] An overview of chemical additives present in plastics: Migration, release, fate and environmental impact during their use, disposal and recycling – ScienceDirect