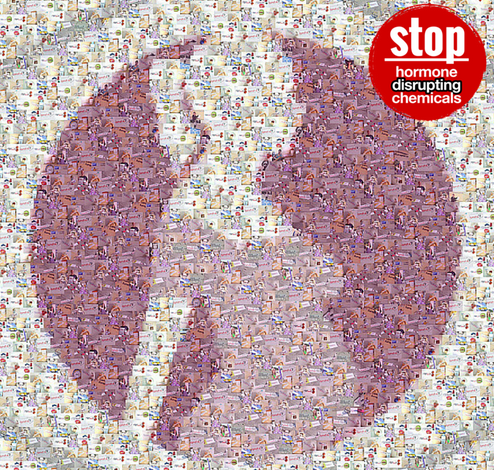 Brussels, 18 May 2017 – The criteria to identify hormone disrupting chemicals (or EDCs), for which a decision was expected today, continue to cause disagreements among EU member states.

The EDC-Free coalition urges the European Commission and member states to amend the proposal to ensure that people and the environment are protected and warns that further delays and failure to agree on criteria unnecessarily keep human health at risk.

The coalition has repeatedly criticised that the current proposal requires an unrealistically high burden of proof (1), which makes the identification of substances as EDCs very difficult and is likely to result in long delays. Another significant loophole is the proposed exemption from identification for certain pesticides and biocides that are designed to be endocrine disrupting, which would strongly undermine protective measures. The EDC-Free coalition also cautions the Commission and member states against industry’s proposals to introduce a derogation based on risk assessment in the pesticides regulation, which would result in continuous exposure of people and the environment to mixtures of toxic pesticides.

After years of setbacks and delays, in June 2016 the European Commission proposed a set of criteria, which have gone through several versions and been the subject of lengthy criticism and controversy. (2) This followed a ruling of the EU Court of Justice, which found that the European Commission breached EU laws by delaying the adoption of measures on EDC criteria. (3)

“The science is clear about the harmful and irreversible effects of endocrine disrupting chemicals. The time for action is now and Europe has the opportunity to lead by example. Protective EDC criteria are needed to reduce people’s exposure to toxic substances and reduce unnecessary burdens on public budgets,” says Genon K. Jensen, EDC-Free Europe spokesperson.

Scientific professionals and public interest groups such as non-profit health insurers alike have consistently called for the swift adoption of high quality, scientifically sound criteria to accelerate actions to reduce peoples’ exposure to EDCs. (4) Meanwhile over 359,000 citizens have signed a petition calling on member states to take action to ban EDCs. (5)

The failure to minimise exposure to EDCs will maintain a high burden on public health budgets from the diseases arising from exposure to EDCs in the European Union (which is estimated at 163 billion Euro per year). (6) As it stands, it is also a perfect counter-example of the better regulation approach that the Commission has made its motto of. (7)

The EDC-Free coalition calls on the European Commission and member states to amend the proposal so that EDC exposure can be swiftly reduced and environment and health will be protected.
Notes for journalists
1.    See: https://www.endocrine.org/news-room/current-press-releases/european-commissions-revised-proposal-limits-ability-to-protect-public-from-edcs

Several member states – such as France, Sweden or Denmark – have also been critical at the level of proof required to identify EDCs in earlier European Commission proposals and have stressed the need for criteria applicable across all relevant EU laws and not solely specific to pesticides and biocides.
5. https://actions.sumofus.org/a/eu-endocrine-disruptors
6. Burden of Disease and Costs of Exposure to Endocrine-Disrupting Chemicals in the European Union: an updated analysis, https://www.ncbi.nlm.nih.gov/pubmed/27003928