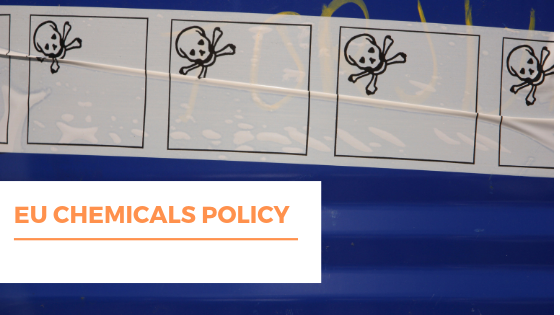 Chemical safety laws are failing in the EU, NGOs warn

Environmental groups wrote to incoming Commission president Ursula von der Leyen today, warning that powerful European chemical laws are not being enforced. Safety checks are routinely flawed; recyclers use the most toxic chemicals blindly; when officials find substances used dangerously they failed to act in 74% of cases. Out of a target 1,400 hazardous substances, just 43 are regulated under strict authorisation process. However, industry got permission to continue using these in 99% of cases, they wrote. The NGOs want the EU to regulate chemical mixtures, not just individual substances; phase out persistent chemicals found in the body, as a precaution.

The European Parliament and environment ministers have called on the European Commission to deliver a long-overdue Non-Toxic Environment Strategy. The Commission is due to announce a European Green Deal this winter, including a zero pollution strategy to improve chemical controls.

Chemical sales more than doubled in the EU in the decade to 2014 and are expected to double again by 2030. Most are harmful or largely untested, according to a report for the European Commission. They leak from a wide range of consumer products, including plastic packaging, carpets, paper and even toys. Two thirds of Europeans worry about daily chemical exposure.

Biomonitoring studies found that Europeans are contaminated with hundreds of manmade chemicals, some of which pose a serious public health problem. The problem is widespread, with most of the population contaminated by some types of persistent and toxic chemicals. Children were found to have higher concentrations of these than their mothers, with “alarming” levels of PFAS. The findings were echoed by the WHO. Chemical pollution is linked to rising health, fertility, developmental and environmental problems, including the collapse in insect, bird and aquatic mammal populations.