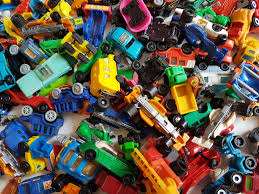 CHALLENGES AND OPPORTUNITIES TO MANAGE PLASTIC WASTE IN CANADA

The meeting happened right after Canadian Prime Minister Justine Trudeau announced that the Government of Canada is taking additional steps to reduce Canada’s plastic waste, support innovation, apply Extended Producer Responsibility and promote the use of affordable and safe alternatives. Working with governments and businesses across Canada, the Government of Canada will:

This initiative is largely a result of the outcomes of the 15th Conference of Parties (COP) to the Basel Convention on the Control of Transboundary Movements of Hazardous Wastes and their Disposal that was conducted in Geneva in May this year and to advance Canada’s Strategy on Zero Plastic Waste. At the recent Basel Convention COP, its Delegates, inter alia agreed:

Canada was instrumental in drafting and adopting the UN decisions, which will come not force in January 2021. However only one year and half is left to prepare for the new legally binding requirements to curb plastic waste impacts on human health and environment.

As it was noted at the meeting between ECCC and NGOs, shipping plastic scrap overseas is no longer an option and Canada needs to address its plastic waste more attentively. Effective actions must be made as soon as possible noting that some countries have already started an early implementation of the decisions made at the UN convention COP. This resulted in the recent long due shipping of dozens of containers with mixed waste back to Canada from the Philippines. Malaysia has already highlighted a similar issue. There might be more claims noting that after China’s ban of plastic waste import in 2017, Canadian exports have shifted to other countries, including Vietnam, Thailand and Taiwan.

ECCC notes that Canada is committed to the implementation of the Basel Convention even if its recycling industry is not perfect now. The country recycles only 9 per cent of the 3.2 million tonnes of its plastic waste every year. The rest is incinerated or dumped in landfill. There are no plans to increase incineration in Canada, thus non-recyclable plastic will most probably be landfilled.

Another option is to invest into innovations that will allow the production of biodegradable plastic. However, scientists warn that this type of plastic contains only 25% of plant polymers while the rest is oil polymers. Such plastic degrades into microplastic even quicker.

During the conversation ECCC highlighted the importance of establishing plastic partnerships and bilateral agreements on plastic waste. NGOs noted that such agreements must ensure that exported waste is recycled and not burnt or dumped in landfills. They should also be transparent and reports on the implementation should be sent to the Secretariat of the Convention. It was also noted that the enforcement related to the movement of waste shipments from Canada requires further investigation to ensure the exported waste is managed in an environmentally sound way.

Finally, ECCC and NGOs discussed the need for more product testing on toxic chemicals. The importance of data validation, which is generated by other stakeholders, including NGOs was highlighted, noting that a number of sampling have already been collected by NGOs in Canada and analysed on persistent organic pollutants (POPs) such as polybrominated diphenyl ethers (PBDEs), which are regulated by the Stockholm Convention on POPs.

It was mentioned that Canada has only ratified initial 12 POPs under the Convention and will require to conduct a ratification process to address 16 new POPs that have been added to the Stockholm Convention since 2009. However. Canada has already taken regulatory measures on some of these new POPs, including endosulfan, pentachlorphenol and decaBDE, however it still claims a specific exemption that allows to continue recycling of waste containing PBDEs into new products. In the interim period, before the next Conference of Parties to the Stockholm Convention, Canada is planning to evaluate if this exemption is still needed, noting that it has already resulted in contamination of new products by internationally banned chemicals.